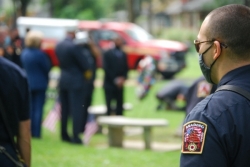 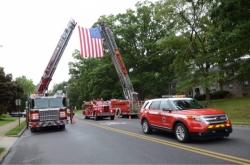 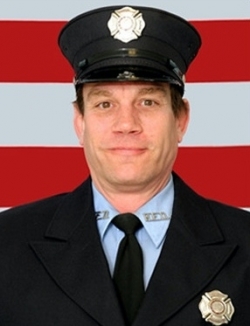 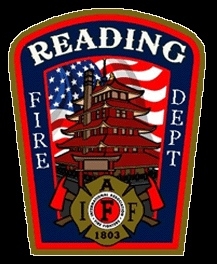 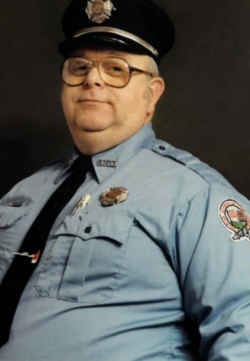 Firefighters are routinely called out to check alarms from cooking which vary in their intensity. Sometimes all that is needed to do is clear the area of the heavy smoke produced by burnt food. When the fire leaves the pan, however, things get progressively worse.

Anything stored on the stove top will burn quickly depending on the material they are made of. No items should ever be stored on top of the stove or in the oven. Cabinets above or next to the stove will begin to burn as the flames grow. At this point, the fire is most likely to engulf the kitchen and move to the next room of the home. It could take as little as two minutes for the kitchen to become involved in fire. This is why, no matter what the task, you should turn off the burners before leaving the kitchen.

During a recent fire call for food on the stove, the resident echoed a familiar statement, "I was only gone for a minute." In this case, the resident went into another room to move the laundry from the washer to the dryer, a common task that could take much longer than it would for a fire caused by cooking to become large before you would discover it.

Another problem comes when people who are tired or impaired by drugs or alcohol try to cook. In 1997 a woman began making a late night snack on the stove and then fell asleep in the living room waiting for the food to get done. By the time she was awoke by the resulting fire, she quickly became overcome by the smoke. The woman and her four grandchildren died in the fire.

When Cooking with oil

Never use water to extinguish a cooking oil fire.