Congratulations to the 2021 recruit class on their graduation of the fire academy. The recruit class has finished 6 months of strenuous training led by Lieutenant Batz and now will be assigned to stre...
➠
Call history
"Vacant" Structure Fire Claims Civilian's Life/ FF Mayday Transmitted

Companies were dispatched to the area of S 11th Street and Spruce Street for multiple calls reporting black smoke coming from the front of a structure. Updated calls stated fire was showing from the front window of the building. Tower 1 arrived on scene and reported a 2.5 story MOR with heavy fire showing on the first floor. R1 Lieutenant advised all units the building was tagged "vacant & condemned" and all personnel should use caution. Car 2 arrived on scene, established command, and requested RPD to the scene immediately for traffic control due to vehicles running over the fire department's hoses. Crews advanced into the first floor knocking down all visible fire. Searches were in progress and crews reported they had fire on the second floor as well. A second handline was stretched to the second floor of the building, and while personnel were operating on the second floor a fireman went through the floor and got stuck around chest deep. A firefighter MAYDAY was called at 0838. Command immediately acknowledged the MAYDAY, activated the RIT team, and requested a second alarm. Several other firemen partially went through the floor but were able to easily extricate. E5 called command and reported they were able to get the downed fireman unstuck and out of the building. At 0842 command reported all personnel accounted for. During searches of the first floor, a civilian was found deceased. During suppression efforts, personnel operating on the 2nd floor reported a partial ceiling collapse but confirmed the crew was ok. R1 Lieutenant advised command the fire on the second floor was knocked but he had found fire on the 3rd floor. Another line was stretched to the 3rd floor and the fire was extinguished. Crews also worked in exposure buildings to ensure no fire travel had occurred and the fire was placed under control 0929 with extensive overhaul. Injuries sustained by the firemen are all reported non-life threatening. The OFM is investigating the fire. 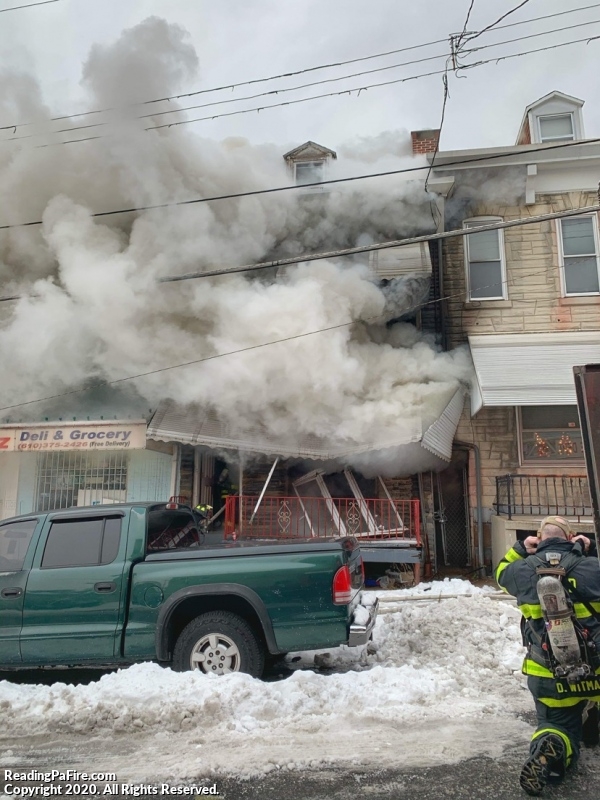 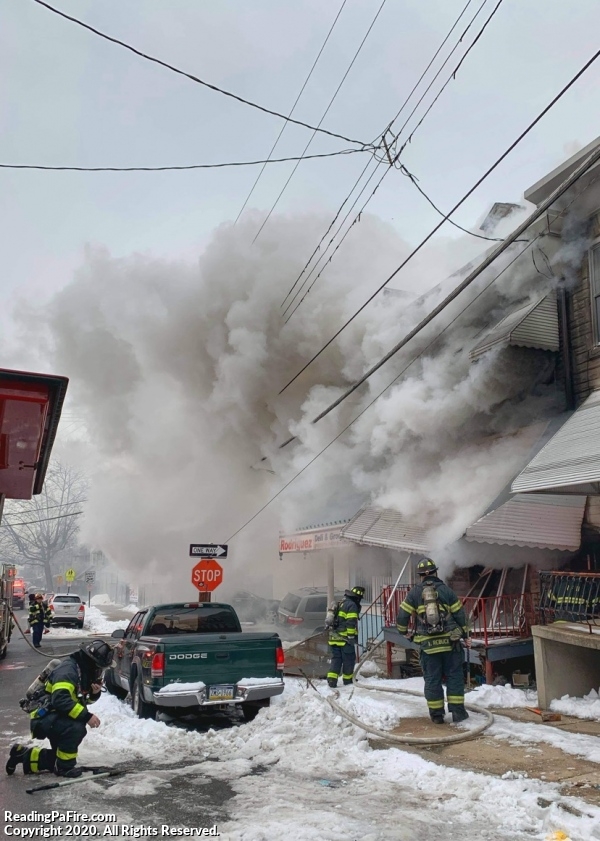 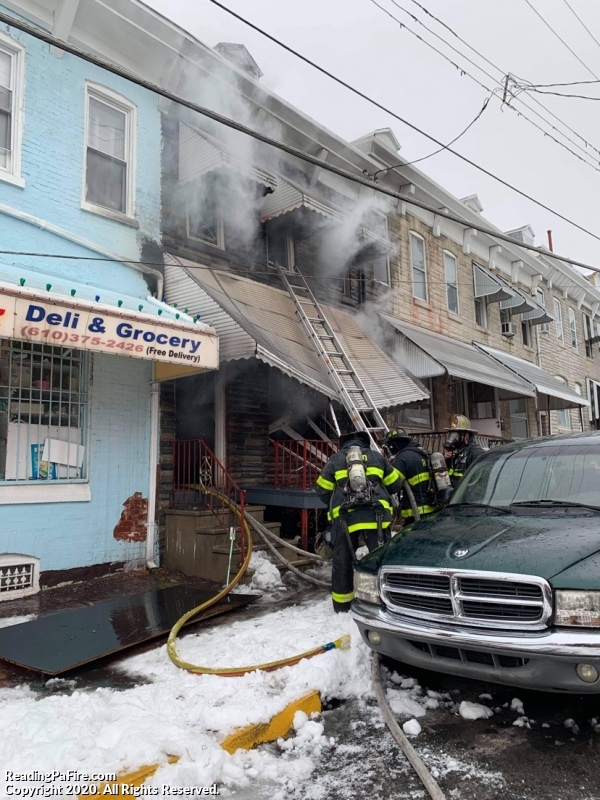 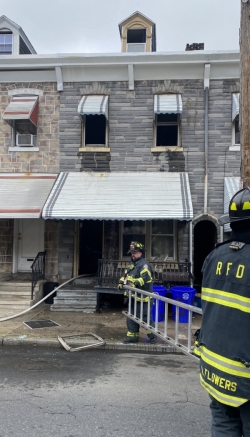 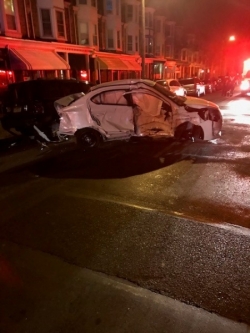 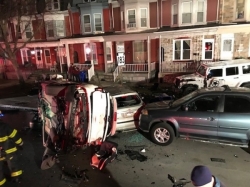 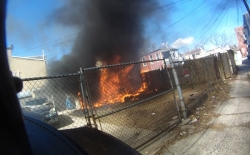 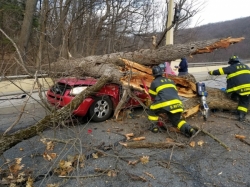 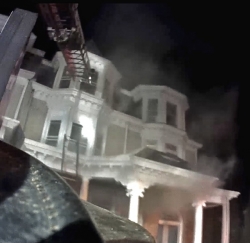 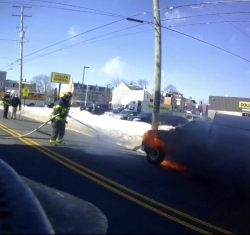 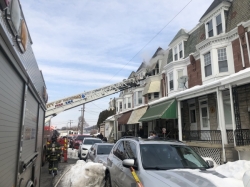 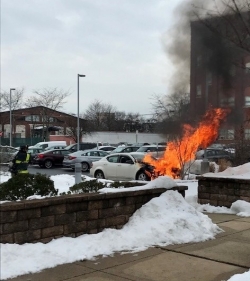 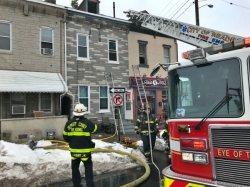 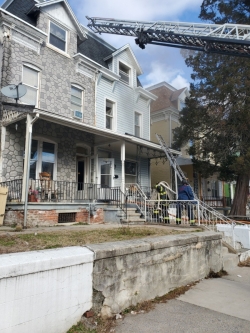 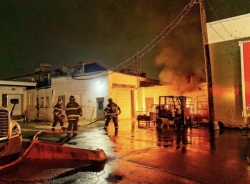 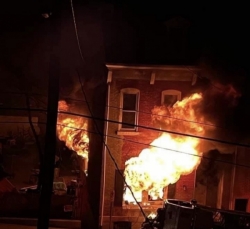 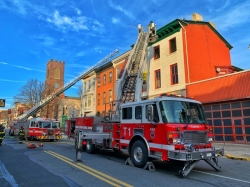 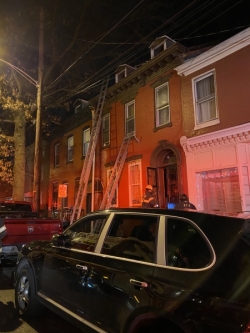 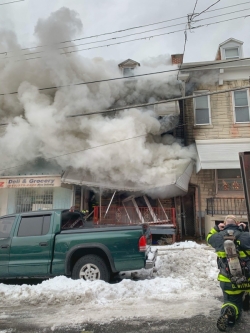 This site has been viewed 3,427,364 times.
Calls
News
FollowTweet
Maintained by the members and staff of ReadingPaFire.com. Designated trademarks and brands are the property of their respective owners. Copyright © 2006-2022. YourFirstDue Inc. All Rights Reserved. Content on this web site is supplied by ReadingPaFire.com. YourFirstDue Inc. cannot be held responsible or liable for any content, text, pictures, or any other media found on this web site.
Management login
Powered by