Congratulations to the 2021 recruit class on their graduation of the fire academy. The recruit class has finished 6 months of strenuous training led by Lieutenant Batz and now will be assigned to stre...
➠
News
Firefighter Quentin Englehart

Congratulations to Firefighter Quentin Englehart on nearly 25 years of service to the City of Reading. Quentin retired on May 21st however he was unable to finish his interview until now.

Firefighter Englehart began his career on July 6th of 1992. After completing the academy, Quentin was assigned to the "C" platoon. Englehart has worked the following positions through his career.

Quentin has traveled to Maine with his wife Jane. The two have purchased a house and are in the middle of a renovation. We wish him the best of luck!

As customary with Readingpafire.com we asked "Q" to answer a few questions for us. Here is what he had to say:

Was there anything (Apparatus/Tools/Equipment) during your career that you felt had a special need, operated quirky, or you felt was a potential problem?

I always felt that the Snorkel provided a specialized aerial device that proved its worth many time over it’s years of service and I was disappointed when the decision was made not to replace it.

The Tower Ladder is a decent apparatus but it’s abilities are limited and it’s difficult to set up on uneven ground.

Also I have always found the tripod and pulley system that we use for confined space rescue to be problematic. I’m not sure how much the city paid for that contraption but it was too much.

Tell us about any calls, incidents, or experiences that offer a lesson learned for other firefighters (especially new ones). I'm sure you could think of many things in your career, but just pick out one or two things that come to mind as being most important.

Early on in my career, I was searching an upper floor of an apartment building on North 9th. Street when I became disoriented and panicked. After a few terrifying moments I was able to regain some composure and remembered my path in, so retraced my way out. My mistake was not making a systematic search and also not paying particular attention to the configuration of the building.

I believe it can’t be stressed enough to be careful inside large old buildings which have probably been renovated and reconfigured many times. Try not to enter alone and stay in contact with your partner.

One car accident response also sticks in my head. While we were taking up equipment, the energy absorbing bumper let loose catching everyone by surprise. Fortunately it waited till after we finished opening the hood and disconnecting the battery or probably someone would have gotten a serious leg injury.

The point of this is don’t become complacent! This job is always dangerous and you can get hurt sometimes seriously at what seems to be a simple uncomplicated incident.

Can you name something from the department that you feel we have lost over the years that might be good to bring back or recall? (Procedure, policy, event, ceremony, etc)

I believe one of the worst things abandoned in recent years was completing Incident Run Sheets. They were an excellent review of the incident just completed.

I also believe the “Uniform Policy” needs to be reviewed by persons understanding the meaning of the word uniform. Our station outfits are many and varied and make us look like a band of misfits with many of our people looking less than professional. I can’t begin to tell you my feelings about helmet front pieces!

Our union needs to take the lead in straightening this mess out because we created it.

Can you write one thing that you feel would be helpful to pass on to a new firefighter that could help them stay healthy and safe throughout their career?

I would encourage all our new people to diligently maintain their physical condition. This job takes you from “full rest” to “full exertion” without any warm up. Don’t let yourself get fat and lazy. This job can be strenuous and dangerous. Staying in shape can minimize your chances of injury.

Also, if you do get injured, regardless of how minor you think the injury is REPORT IT! 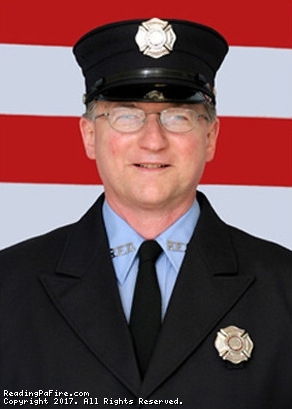 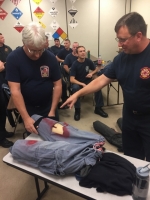 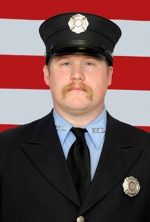 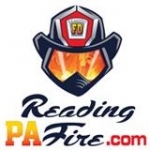 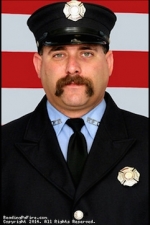 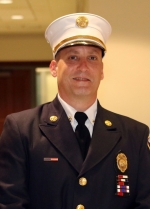 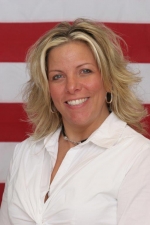 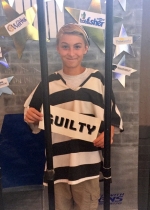 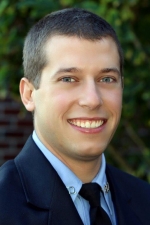 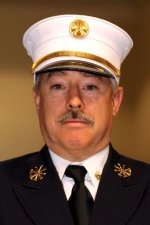 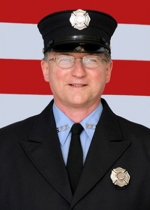 This site has been viewed 3,394,115 times.
Calls
News
FollowTweet
Maintained by the members and staff of ReadingPaFire.com. Designated trademarks and brands are the property of their respective owners. Copyright © 2006-2022. YourFirstDue Inc. All Rights Reserved. Content on this web site is supplied by ReadingPaFire.com. YourFirstDue Inc. cannot be held responsible or liable for any content, text, pictures, or any other media found on this web site.
Management login
Powered by